posted by -danielle-
Over the winter we decided to divert our focus from finding arches to finding local ancient rock art.  While arches are amazing pieces of nature;  I find rock art hunting to be a little more challenging as well as personally satisfying. To think someone stood in the same spot I'm standing for days chipping away at the rock;  for me to see an awesome depiction of their life hundreds & hundreds of years later.  It's humbling and pretty much one of my favorite things.
The hike we took today was actually to both an arch and a good amount of rock art.  located on highway 313 (canyonlands road) we parked at the pullout for the 'intestine man' which is approx. 2.7 miles after you turn off of hwy 191. we crossed the road & immediately began our descent into the south fork of seven mile canyon.
As soon as we crawled down into the canyon, passed the fence and climbed up to the first cliff ledge; we ran into humans.  My initial thought was : bummer! people, already!? They ended up being pretty cool humans, though.  3 members of our local archaeological preservation society were out doing research and documentation of the very rock art we were there to see.  we found rock art within 5 minutes of the beginning of our hike and we were able to locate a petroglyph that the other humans were having difficulty locating. 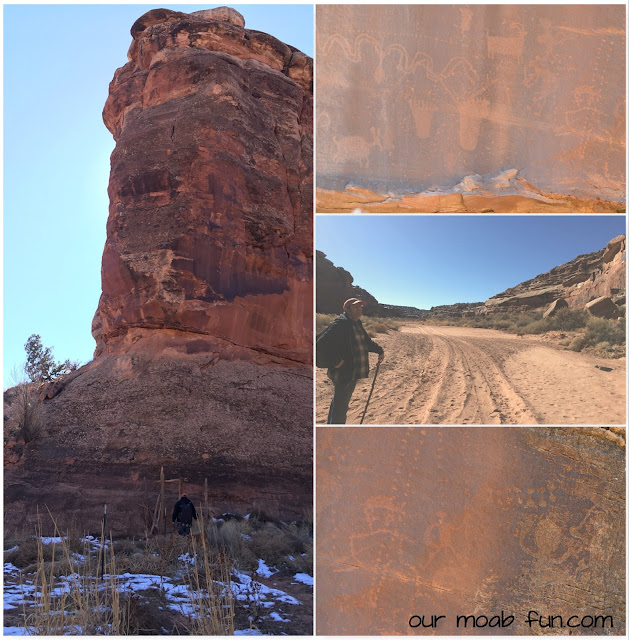 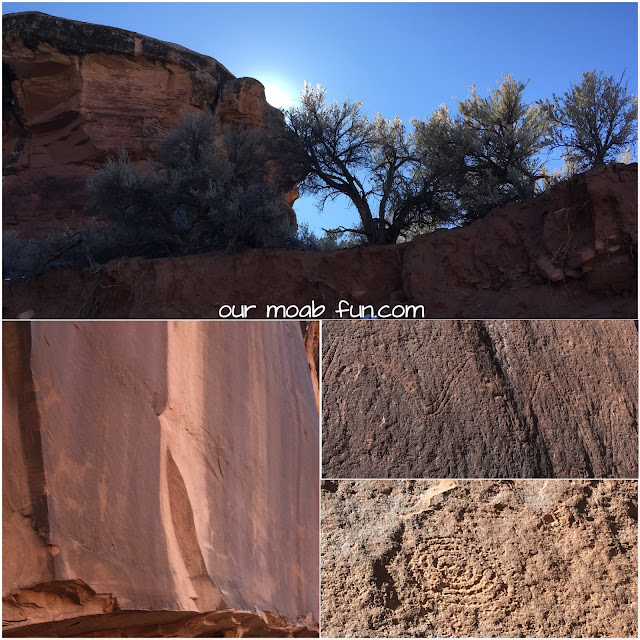 the petroglyph above is literally drawn around the corner .. 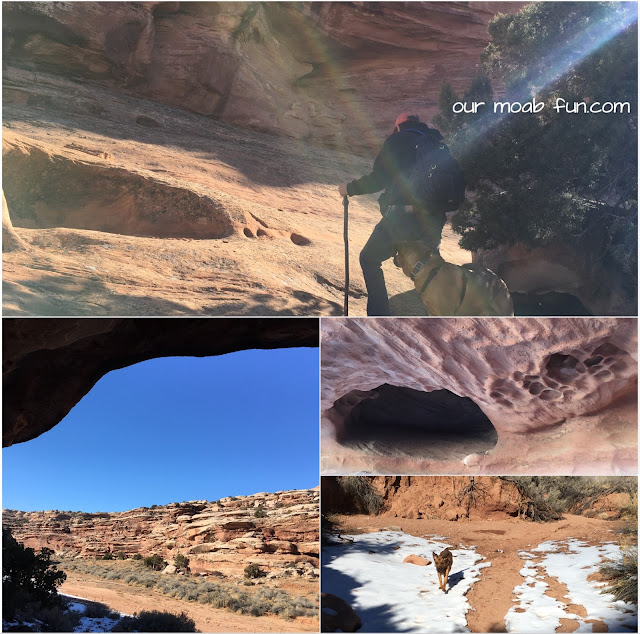 It's an easy walk through the sandy wash; but the best part is taking trips through the adjoining canyons & searching the walls for rock art.  there were a few times we climbed up sketchy scree-filled slopes and into shady caves to find no petroglyphs. (above-haha)  however, the ones we found very much made the entire hike worth it. (below .. wow) 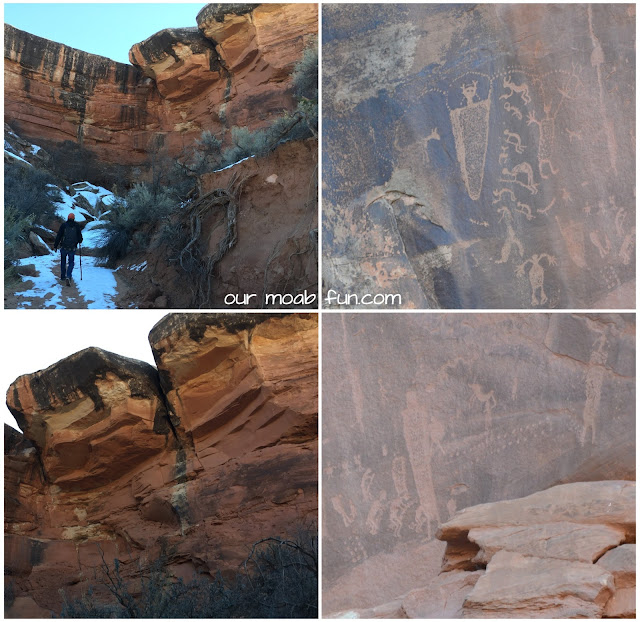 the petroglyphs above were in a shady small side canyon and kind of high above our heads; but we managed to get a few good pictures.   I swear they're having a celebration or dance party; but I'm no professional interpreter of ancient rock art. 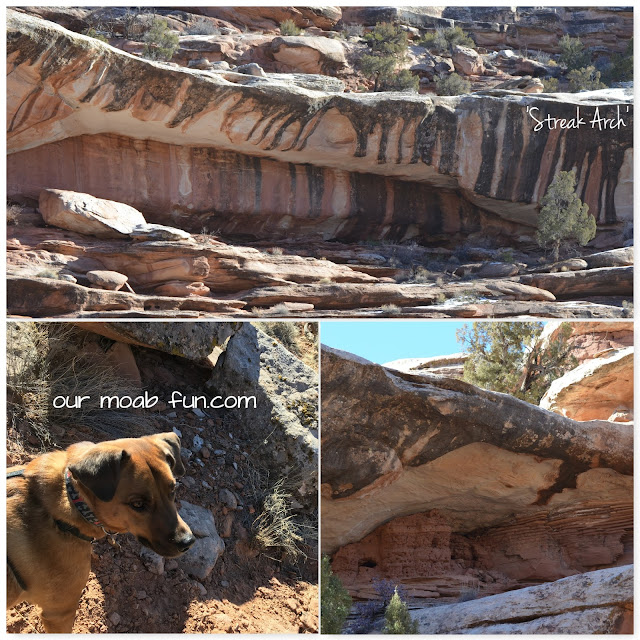 about 2 miles into the canyon; we found appropriately names 'streak arch.'  I'm still not 100% sure it wasn't actually a natural bridge.  (above - bottom right)  this cliff ledge was pretty high above our head and it totally looked like a human dwelling for a tiny little thing haha but it was really just an awesome accidental formation of the clay. 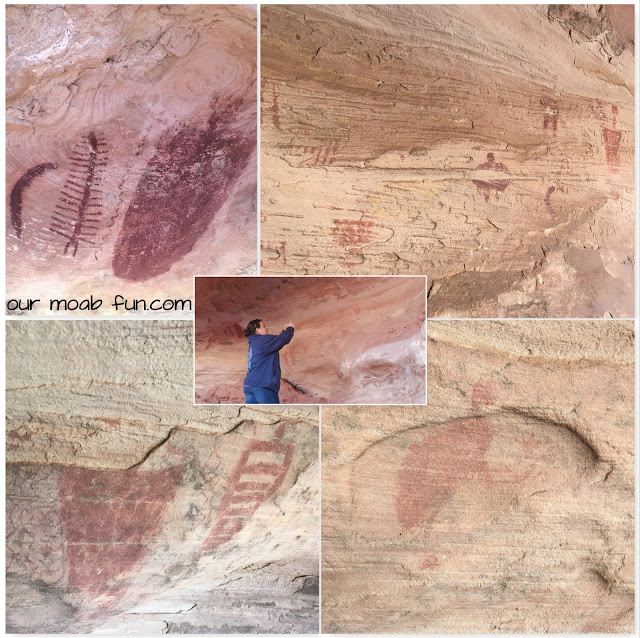 in the picture of me above; you may notice the brightest and largest pictographs in the photo are to my left.  I somehow missed them on the climb up to the cliff as well as the ENTIRE time I stood up there taking photos. haha Gary had to point them out to me, then made much fun of me because he knew he had the picture above; me less than 2 feet away from them at eye level. oops. sometimes I lose the forest for the trees .. 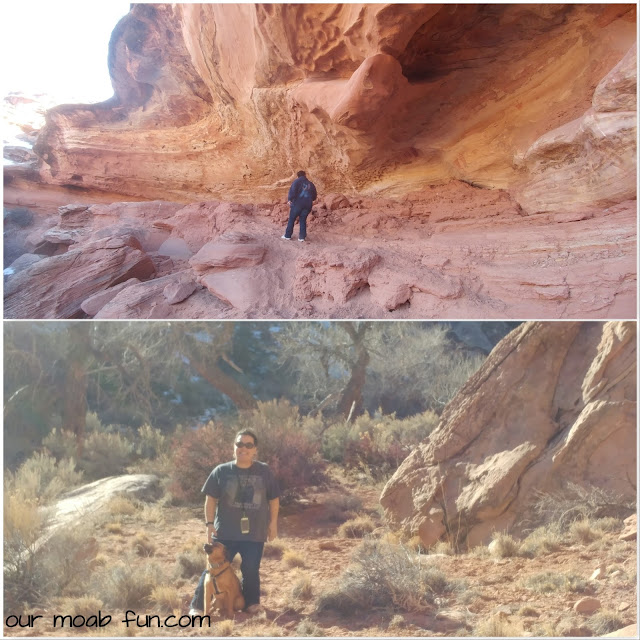 this would be such an awesome hike for rambunctious little kids after traveling hours to get to Moab.   there are rocks to climb on, slick rock climbing & open fields to run off pent-up energy.  perfect. 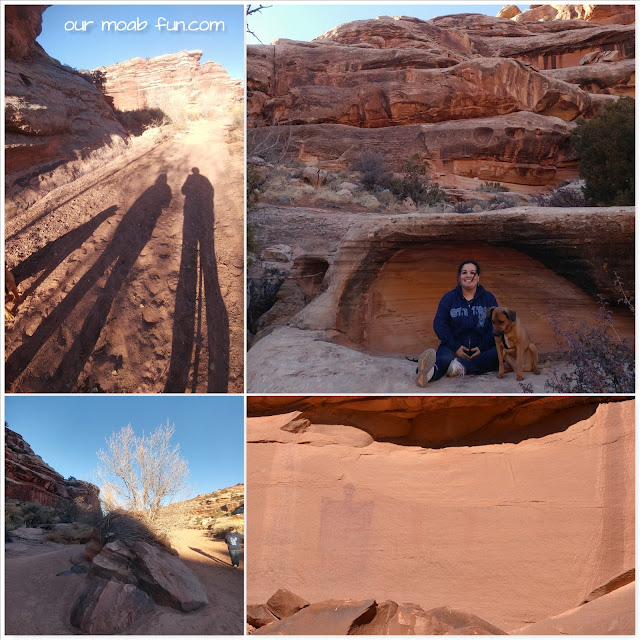 after a few miles there was a fence blocking the wash from 'wheeled' traffic. we could have gone farther; but we felt happy about our exploring today; so, we called it good.  we stopped and had a snack underneath the lone sentinel figure (bottom right above) before hiking back.  hike the canyon with the ancients to make your own moab fun. 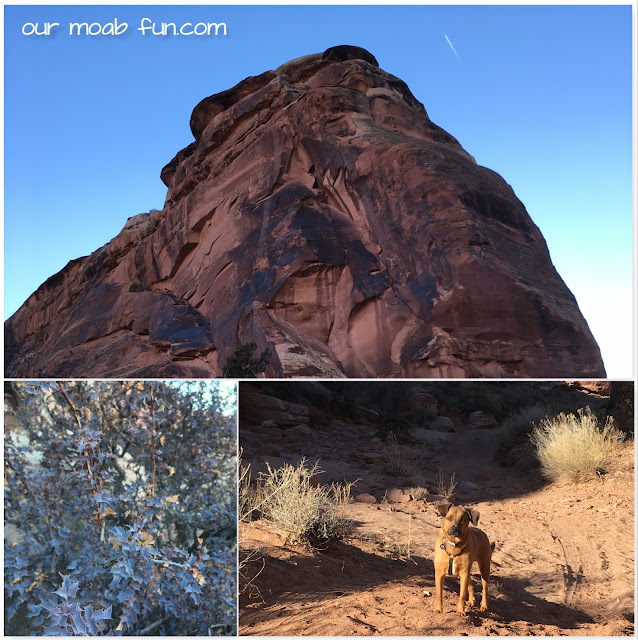 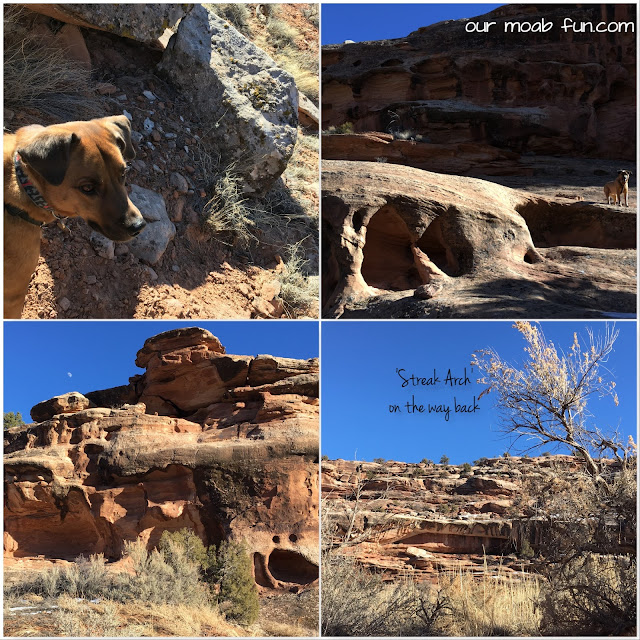 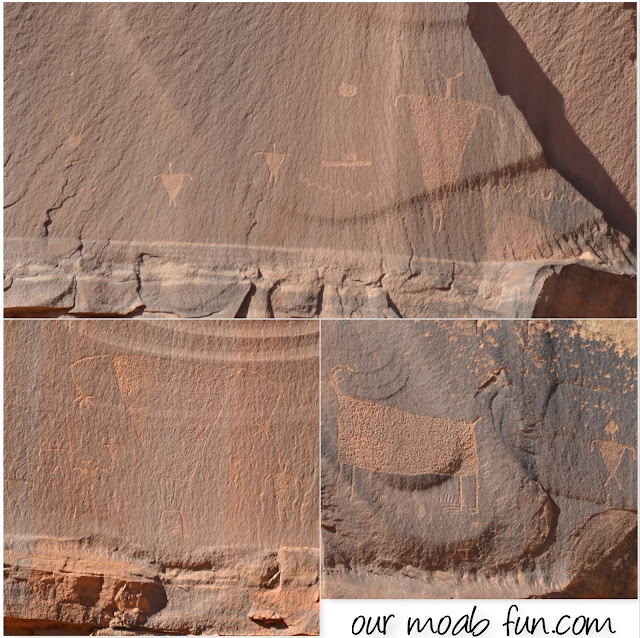 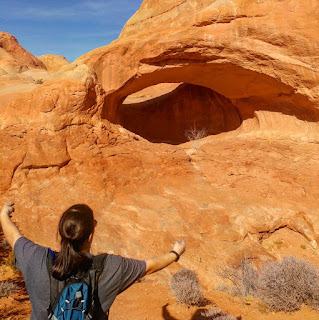 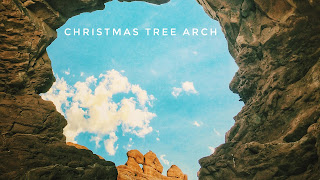 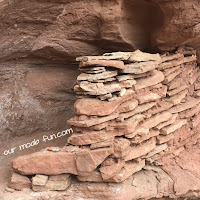